It is always a juggling act to get the right number of people for the tour, but this year it worked out perfectly. Four coxed quads, a coastal quad, and one coastal double. We always have coach boats accompany the tour just to make sure everybody is safe and to carry supplies for the picnic/BBQ. We seem to have more stuff every year.

It was nice to meet some past tour rowers, and some new ones. Two rowers came up from Buffalo and we had representatives from Don, Collingwood, Durham, Belleville and Cambridge clubs – in addition to the Hanlan rowers.

The weather forecast sounded good. It was supposed to be warm and sunny with little wind. They got the warm and sunny right but did not do as well on the wind. Still, we have had much worse in previous years. We set out from Hanlan Boat Club and were pleasantly surprised that the inner harbour was quite smooth. The water level is very high on the lake, so we were advised not to use our normal route through the narrow waterways as some bridges had practically no clearance. Well, they were right and the route we took still involved lying flat on the seats. The coach boat gave up and went around the outside of the waterways and joined up the other side of the bridges. 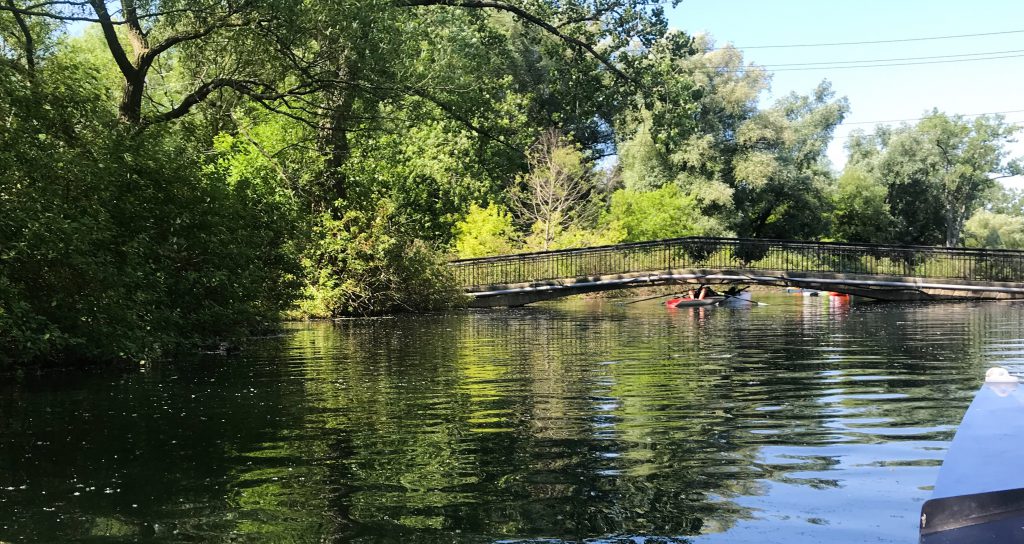 The islands were flooded in places and the BBQ’s we normally use were sitting in the water, but we managed to find a new spot. Turned out to be perfect with lots of shade and plenty of picnic tables. 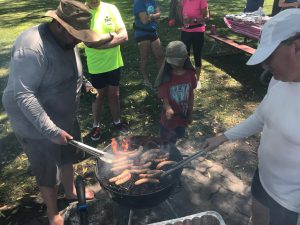 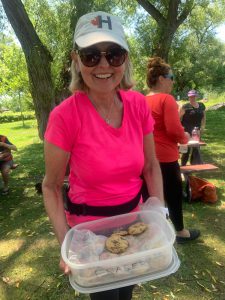 What’s more, no goose poop. Perfect! As usual, we had too much food with sausages on buns, JC’s amazing salads, cheeses, and all sorts of extras provided by tour members. A feast which I’m sure some people must have felt weighing them down as they rowed back.

The return trip proved to be exactly the opposite of the forecast. Instead of the wind diminishing through the day it was quite a bit windier and there were some waves in the harbour. The crews had fun dodging ferries and sailboats. Well, it is adventure rowing.

All got back safe and sound, if a little damp. A good time was had by all.

See you all next year…… 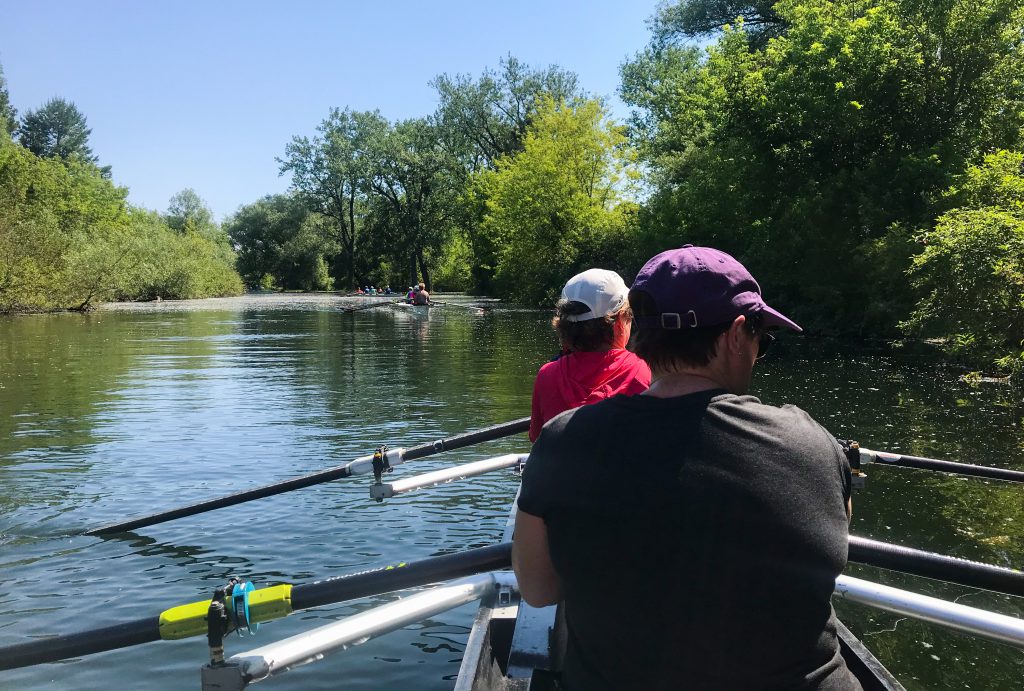